Online Lottery – How it works and how to play 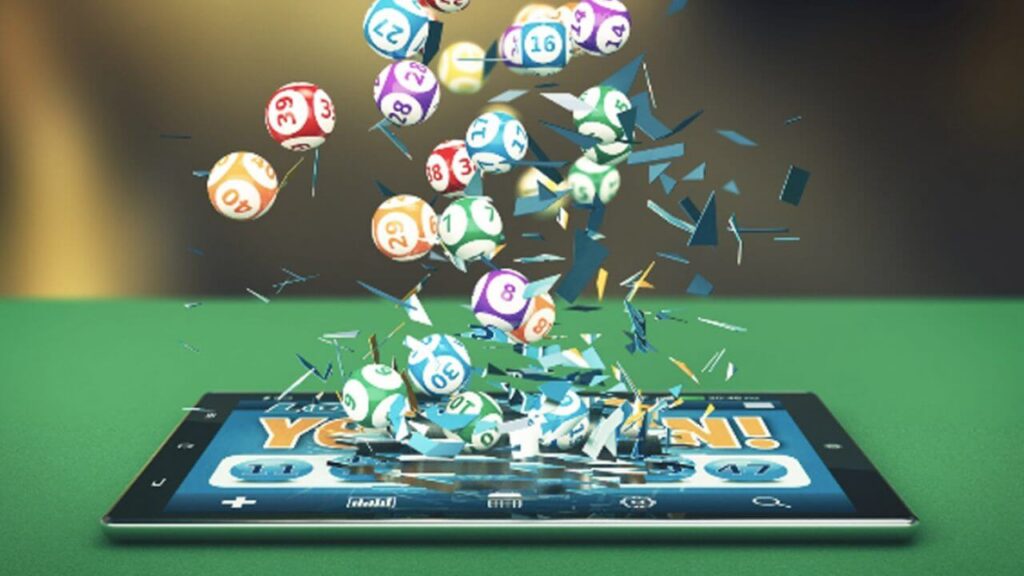 The lottery or lottery is a game of chance in which you must match the numbers that come out of a drum. To play the lottery you simply have to buy or select the numbers you want to play and wait for the draw to take place.

It is a game monopolized and regulated by each state, whose profits generated through taxes often serve charitable purposes. In this article we will talk about the operation of the lottery, the different lottery draws that are held and how to play the lottery online.

GrandesLoterias.com is a website specialized in the sale of lottery numbers. Some of the raffles available on this website are the following:

On this platform , payment methods such as Neteller , Skrill, Paysafecard, Trustly or credit cards.

On the other hand, in GrandesLoterias you can win up to 5 free lottery tickets by recommending the website to your friends. It is a detail that the truth is that it is not bad at all.

Also, when you buy a Powerball ticket you will receive another one for free .

Of course, remember that this website is not available in Spain, only in countries where there is no regulation on online gambling.

Another good alternative to enjoy the lottery online is TheLotter website . Of course, we must warn that Spanish users will not be able to access this page.

However, Latin American players will have no problem enjoying TheLotter services.

Some of the draws that can be found on this website are MegaMillions, Powerball, Baloto, Euromillions, etc.

This operator stands out for its supporters clubs in the different raffles and also for the packages it offers with which the user can benefit from multiple discounts.

3. Play the lottery online at Jackpot.com

Our third suggestion to enjoy the best online lottery draws is Jackpot.com. It is an online casino that not only has slot machines and roulette or blackjack tables.

This casino also offers a large number of lottery draws. From EuroMillions to Powerball!

It is a brand regulated by the MGA and therefore it is a secure platform with guarantees. However, Spanish users will not be able to access it.

4. Check the results in Ventura24

One of the best websites to play the lottery online from Spain was Ventura24. It is a Spanish company that was founded in 2001 and whose headquarters are in Madrid. With more than 700,000 clients, Ventura24 was the leading company in the online management of national lottery draws.

However, currently Ventura24 has stopped selling lottery and now only offers the results of the main draws .

This brand has the Online Trust certificate and is a member of the Spanish Association of the Digital Economy, so security is guaranteed on this website. Likewise, Ventura24 periodically undergoes controls and audits to ensure its quality standards.

Many users chose Ventura24 because of the large number of clubs available . Thanks to them, customers can increase their number of participations in the various raffles. It’s like when you share a Christmas tenth at work, but in a big way.

How to play the lottery online?

Where to buy Lottery online?

Today buying lottery is easier than ever thanks to the Internet. In general, there are two different options to acquire the numbers of the different draws:

In this section we explain the differences between these three ways of buying lottery, all valid and with their advantages and disadvantages.

1. Buy Lottery on the official websites

The first option is the most traditional way to buy lottery online. You will simply have to go to the official website of the entity that offers the draw in which you want to participate and acquire your numbers there.

Buying the numbers on the official websites is the same as going to a lottery administration in terms of security. For this reason, many people prefer not to complicate their lives and acquire their tenths in this way.

✅ 100% secure, as they are official websites

On the other hand, the second option is to buy lottery online through websites specialized in this game. In reality, these portals function simply as intermediaries, since they buy lottery tickets at authorized points of sale.

One of the greatest advantages of these pages is that they allow you to participate in different clubs. That is, they allow you to share lottery numbers with many other users. In this way, participants can play more numbers for the same money. Of course, if successful, the prize will also be distributed among more people.

However, one of the disadvantages is that you will have to pay small commissions. In addition, many of these platforms are not available in Spain, but are rather focused on users from other countries.

✅ They have lottery clubs

✅ They can offer discounts and promotions

❌ They take a commission for the sale

❌ Some may not be trusted

❌ They are not available from Spain

In the case of buying lottery online on these types of pages, it is important to make sure that they are safe and reliable portals.

Read More:   Free Slots - Learn How to Play Slots While Having Fun

3. Buy lottery on the websites of the administrations

Participating in some raffles, such as the Christmas Lottery raffle , has already become a ritual within Spanish families.

In addition, who has not taken advantage of a tourist trip to buy a tenth in another city? Who has not approached the administration that last year distributed the Gordo to see if this year they will have the same luck again?

There are many users who are loyal to a specific administration and the good news is that they can now buy their favorite numbers online. Directly at your administration, but without having to wait in long lines.

We are going to see some of the administrations that have a website:

Like everything, this option has its advantages and disadvantages, let’s see them below!

Types of Lotteries – National vs International

All countries have a national lottery. For example, in Spain, the bodies in charge of managing lottery draws are the Sociedad Estatal Loterías y Apuestas del Estado (SELAE) and the ONCE  ( National Organization of the Spanish Blind ).

Thanks to them, raffles such as the Primitiva, the Cuponazo or the National Lottery of Spain are held. We will talk about all of them a little later!

On the other hand, in Argentina the Grande de la Nacional, La Quiniela, El Loto and La Solidaria are celebrated; all of them managed by the LNSE. Likewise, in Mexico we can highlight the National Lottery for Public Assistance institution, which is in charge of managing lottery draws in the country.

However, today in addition to state lotteries there are multiple lotteries that span more than one nation or state. This is the case of EuroMillions, MegaMillions or Powerball games; that distribute millions of euros among their players. We are going to talk about all these international giveaways so you know how they work :

Nowadays, all these draws have become much more accessible thanks to the Internet, which allows us to play the lottery online from anywhere.

The most important lottery draws in Spain

We have already commented that in Spain, lottery draws are regulated by the state and that these are managed by these two entities: the State Society Lotteries and State Gambling and the National Organization of the Spanish Blind. Let’s see what giveaways each offer:

Read More:   Free Slots - Learn How to Play Slots While Having Fun

At present, both SELAE and ONCE have web pages from which numbers can be acquired to play the different lottery draws. They are official and totally secure websites that allow users to avoid queuing hours in physical administrations.

Origins and history of the lottery

The origins of the lottery are to be found in Ancient China of the Han dynasty (200 years before Christ). The first registered keno tickets are from this era.

Keno is still a popular game of chance in casinos. It is a kind of hybrid between what we know today as bingo and lottery. We can consider this game the precursor of what would later be lottery games.

In Keno, players must choose 15 numbers drawn from a card that has a total of 80 numbers. Afterwards, there will be a draw for 20 numbers. The more numbers that match those selected on your ticket, the higher the prize you will receive.

Where does the word “lottery” or “lotto” come from?

It is not entirely clear what the origin of the word lottery or lotto is, however, it seems that there are three plausible theories.

Whatever the origin of the word lottery, we find ourselves in front of one of the oldest games in the world, which has managed to survive in time to this day and not only that but today it is still one of the games of chance More popular.

Is it safe to play the lottery online?

Yes it is as long as it is done from the official web pages or through certified portals. Take a look at the best portals to play the lottery online.

Are there bonuses for the lottery?

There are some, although they are usually of the ‘recommend a friend’ type or discounts for the purchase of more than one number.

Can you play the lottery for free online?

I’m afraid not, if you want to participate you will have to buy a ticket, just like in the traditional lottery. TheLotter is a recommended option to buy lottery online.

What are lottery clubs?

These are ready-made groups in which all participants share the tickets and the prize. Therefore, for the same price you can play more numbers, but in the case of winning, the prize will be distributed among all participants. These clubs usually participate in the most important lottery draws in Spain.

Free Slots – Learn How to Play Slots While Having Fun